After a few weeks, I began my second task, that of informing the leaders of the United Nations on the situation in Poland and the condition of the Underground. I was to tell them about our work, our aims, what they could expect from us and what we wanted from them, our mutual efforts for the common cause. My meeting with Anthony Eden made a vivid impression on me. Although he did not know it, he had been an important influence upon me when I was a student. While I was doing research work in the library of the League of Nations in Geneva, Eden was the ruling idol of my group of friends. His acts, speeches, and manners represented to us the acme of modern statesmanship. He was carefully observed and imitated. I remember how I used to sneak with a group of boys from l’École des Sciences Politiques to watch him play a graceful and urbane set of tennis after having delivered a speech at a meeting of the League Council [...] I felt like mentioning it to him but refrained.

After I had made my report, Eden said:

'You seem to have been through everything in this war except one: the Germans did not shoot you. I wish you good luck, Mr Karski. I feel honored to have met you.'

I replied, ‘I am only one of thousands, Sir, of many thousands.’

And then I started my round of calls on other prominent Englishmen. [...]

Mr. Arthur Greenwood, the Labour leader, Lord Selborne, Lord Cranborne, and Dr. Dalton, the President of the Board of Trade; Miss Ellen Wilkinson, the fiery Member of Parliament, Mr. O’Malley, the British Ambassador to the Polish Government; the American Ambassador, Anthony Drexel Biddle; the Parliamentary Under-Secretary for Foreign Affairs, Richard Law – each and every one of them wanted to hear about something different. I also appeared before the United Nations War Crimes Commission, which is composed of representatives of the United Nations, and of which Sir Cecil Hurst, the legal advisor of the British Government, is the chairman. I told them what I had seen in the Warsaw ghetto and the Belzec death camp. My testimony was placed on record and I was told that it will be used as evidence in the United Nations’ indictment against Germany. I also gave interviews to the English and Allied press, to Members of Parliament, to literary and intellectual groups. In those memorable days, I had the privilege of meeting the political, cultural, and religious elite of Great Britain.[...]

I soon realized that the outside world could not comprehend the two most important principles of Polish resistance. It never could understand or estimate the sacrifice and heroism entailed in our nationwide refusal to collaborate with the Germans. It could not estimate the fact that our unyielding attitude had prevented a single Quisling from arising, nor imagine what this attitude was like. Nor could the outside world conceive of the Underground in any terms indicative of its real nature. The whole notion of the Underground state was often unintelligible to them. In no other country had the Underground attained an analogous triumph.

One day I received a sudden call from General Sikorski. I went to his office and he gave me my orders. 'You are going soon to the United States,’ he told me abruptly, ‘in the same capacity as here. You have no further instructions of any kind. Our Ambassador, Jan Ciechanowski, will put you in touch with prominent Americans.'

In London, five weeks later, a meeting was arranged for me. To me, it was one of innumerable such meetings and not the most important. Since my arrival in London I had been swamped with literally hundreds of conferences, conversations, contacts, and reports. [...] This time I expected one of the leaders of the Jewish Bund. His name was Szmul Zygelbojm. [...] Our meeting was set for December 2, 1942 at Stratton House, near Piccadilly, at the headquarters of the Polish Minister of the Interior.

It was an enormous building; when I finally managed to find the number of the correct office on the fourth floor, Zygelbojm was already there, waiting for me, sitting behind a small desk. He appeared tired. He looked like a type of man I had often encountered among Jewish leaders, with the mistrustful, piercing eyes of a proletarian who had worked his way to the top of the power hierarchy. [...]

‘What do you want to hear about?’ I asked. ‘About Jews, my dear man. I am a Jew. Tell me what you know about the Jews in Poland.’ ‘Are you entitled to see the material I received at the joint conferences with the leaders of the Jewish Bund and the Zionists?’ ‘Yes, I am. I represent the Jewish Bund in the Polish National Council and I was one of the leaders of the Bund in Poland.’ I began my story in a cut-and-dried fashion. I had finally, after much experience, mastered a kind of formula for these situations. I had found that, on the whole, the most effective way of getting my material across was not to soften or interpret it, but to convey it as directly as possible, reproducing not merely ideas and instructions but the language, gestures and nuances of those from whom the material came. That has been my job – faithful, concrete reproduction.

Zygelbojm listened intently, thirstily, with an avid desire for information it was impossible to satisfy. He sat rigidly with his legs far apart and braced, his body inclined forward, a hand on each knee. His dark, wide-open eyes were staring fixedly at a point on the ceiling far behind me. [...] ‘Conditions are horrible. The people in the ghetto live in constant agony, a lingering, tormenting death.’ I was reciting almost by rote. ‘The instructions their leaders gave me cannot be carried out for political and tactical reasons. I spoke to the British authorities. The answer was the one your leaders in Poland told me to expect: “No, it is impossible, it can’t be done.”’

Zygelbojm rose abruptly and advanced a step or two toward me. His eyes snapped with anger and contempt. He dismissed what I had just told him with a sharp wave of his hand that made me feel as though I had been slapped in rebuke. ‘Listen,’ he almost shouted. ‘I didn’t come here to talk to you about what is happening here. Don’t tell me what is said and done here. I know that myself. I came to you to hear about what is happening there, what they want there, what they say there!’

I answered with brutal simplicity and directness. 'Very well, then. This is what they want from their leaders in the free countries of the world; this is what they told me to say: “Let them go to all the important English and American offices and agencies. Tell them not to leave until they have obtained guarantees that a way has been decided upon to save the Jews. Let them accept no food or drink, let them die a slow death while the world looks on. Let them die. This may shake the conscience of the world.”'

Zygelbojm started as though he had been bitten and began to pace around the room agitatedly, almost breaking into a run. [...]

'It is impossible,' he finally said, ‘utterly impossible. You know what would happen. They would simply bring in two policemen and have me dragged away to an institution. Do you think they will let me die a slow, lingering death? Never . . . they would never let me.'

My heart beat rapidly when I entered the White House with my Ambassador, who was to introduce me. This was the very citadel of power. I was to meet the most powerful man in the most powerful nation of the world.

President Roosevelt seemed to have plenty of time and to be incapable of fatigue. He was amazingly well-informed about Poland and wanted still more information. His questions were minute, detailed, and directed squarely at important points. He inquired about our methods of education and our attempts to safeguard the children. [...]

He inquired about the organization of the Underground and the losses the Polish nation had suffered. He asked me how I explained the fact that Poland was the only country without a Quisling. He asked me to verify the stories told about the German practices against the Jews. He was anxious to learn the techniques for sabotage, diversion, and partisan activity. On every topic he demanded precise and accurate information.

He wanted to know, to be able to realize, not merely imagine, the very climate and atmosphere of underground work and the minds of the men engaged in it. He impressed me as a man of genuinely broad scope. Like Sikorski, his interests embraced not merely his own country but all humanity. When I left, the President was still smiling and fresh. I felt fatigued.

I reported my experiences to prominent members of the British and American governments, and to the Jewish leaders of both continents. I told what I had seen in the ghetto to some of the world’s great writers – to H. G. Wells, Arthur Koestler, members of the PEN Club – as they could describe it with greater force and talent than I. I told it to others, too, less well known and to one, in particular, who will never be heard from again. 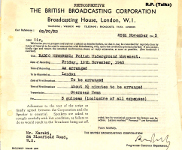