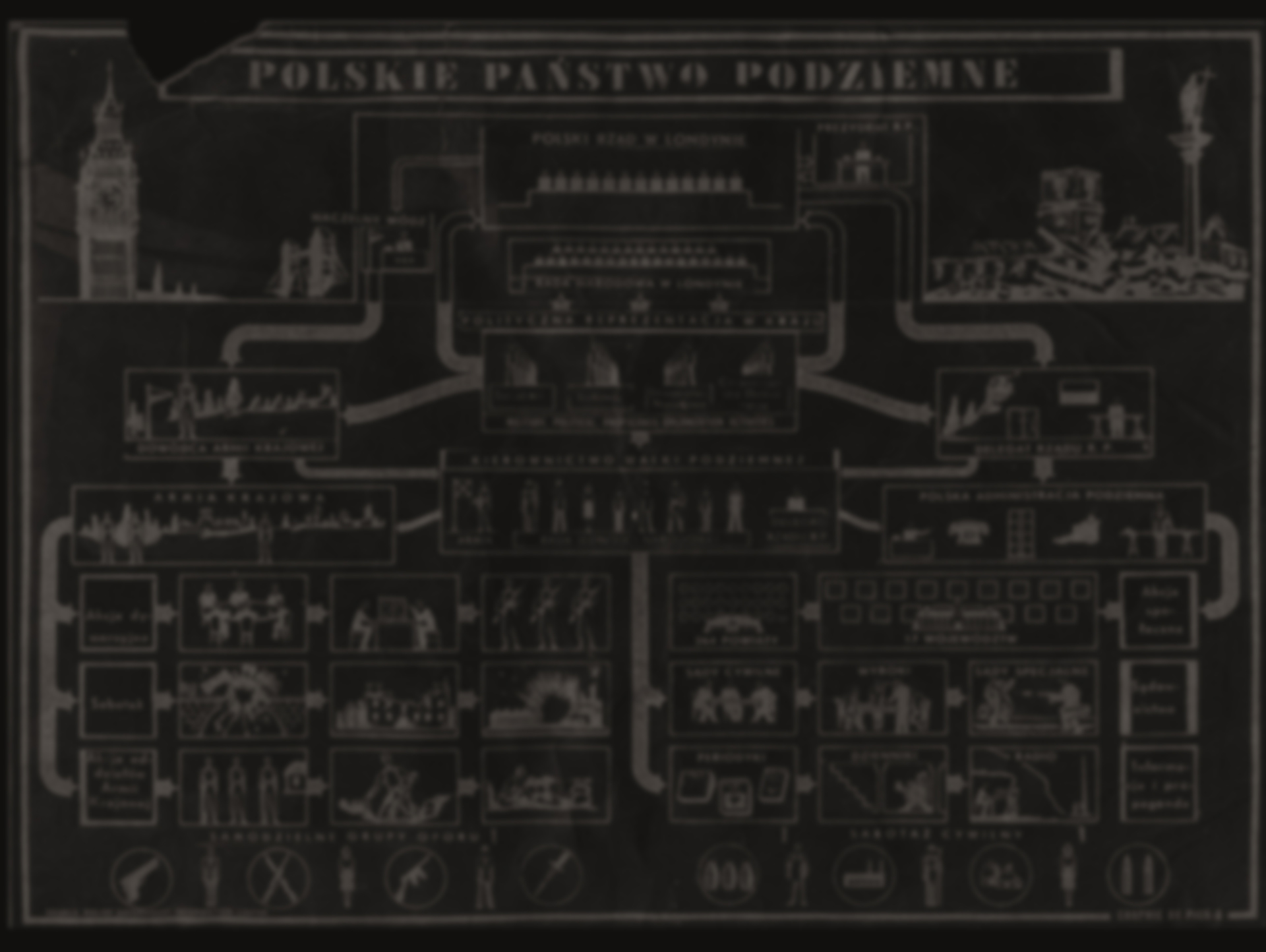 On my return to France, part of my mission was to report to the government there all the points of view of the various parties, the agreements and conditions under which their representatives in France would support Sikorski’s government. [...] The second half of my mission consisted of what I consider to be the most honorable trust I ever received in my life.

I was sworn to transmit all the most important secrets, plans, internal affairs, and points of view of all four of the political parties to their own representatives in France. In my oath I explicitly promised that I would not transmit any of this material to anyone but the person. [...] As I have said, I regard it as the most honorable appointment I have ever received.

I had not slept for more than three hours when I was awakened by a loud outcry and the smashing impact of a gun butt against the side of my skull. I was stunned, utterly bewildered, and before I could recover my senses, I was jerked roughly out of the bed, onto my feet, by two uniformed Slovakian gendarmes. In the corner of the room stood two grinning German gendarmes. My guide was doubled up with pain and bleeding from the mouth. A sickening thought penetrated my consciousness – the films under my pillow.

J. KARSKI, STORY OF A SECRET STATE, P. 156
Karski on his interrogation

'I warn you – it will be very bad for you if your replies are contradictory or if you try to think back over your lies to make sure you are telling your story as you told it before.' [...] Finally, heaving his body partially out of his chair like an elegant seal, he placed his elbows with finicky delicacy on the clean part of the table, pressed his fingertips together, and spoke in a subdued but resonant and mellifluous voice.

'I am Inspector Pick,' he said portentously. ‘If you haven’t heard of me, you can draw some comfort for a short while. I never allow a man to walk or crawl out of here without getting the truth out of him.'

'What are you doing and why all this traveling? Do not deny your work in the Underground. It is useless. We expect you to tell everything you know... Herr Courier. Do you understand?' I licked my lips. My throat felt sore and parched. Apparently he either knew or had guessed a great deal. I stared stupidly at him, and in a hollow voice I protested weakly: 'I don’t understand you. I am not a courier.' He nodded to the men behind me and clasped his hands on his stomach. This was the signal for one of the men to rap me sharply behind the ear with the rubber stick. A vivid, agonizing pain shot through my entire body as if a bolt of lightning had gone through me.

A cry broke from me and I flinched away as I saw out of the corner of my eye the other truncheon being raised. The inspector held up his hand, warding off the blow.

Again the sharp pain rocketed through me without warning as the rubber truncheon landed behind my ear. I slid forward from the edge of the chair, pretending to faint and crumpling to the floor. Inspector Pick’s voice seemed to drone far above me like the hum of a distant plane.

‘That fainting act won’t get you anywhere,’ he was saying. ‘Those swipes behind the ear have been worked out by our greatest medical authorities. They are painful, I know, but you cannot faint or lose consciousness from them. Theatrical scenes will not change scientific facts. [...] Get to work on him,’ he shouted. ‘Leave over just enough of him to be questioned.’

The guards pounced on me and propped me upright against the wall. A veritable barrage of fists thudded and crunched against my face and body. As I sagged, they supported me by holding me under the armpits. With the last remnant of my consciousness, I felt them release me and I collapsed on the floor in an insensible heap. They had overestimated my stamina and had not left over enough to be questioned.

J. KARSKI, STORY OF A SECRET STATE, PP. 165-169
Jan Karski on his escape from custody and hospital in Nowy Sącz

I had often wondered what people had in mind when they died for an ideal. I was certain that they were absorbed by great, soaring thoughts about the cause for which they were about to die. I was frankly surprised when I discovered it was not so. [...]

I had hardly reasoned or reflected, merely acted on the promptings of pain and the desire to escape, to die. I thought of my religious convictions and the undeniable guilt which would be mine. But the memory of the last beating was too vivid. One phrase dominated my mind. I am disgusted, I am disgusted. [...] I took out the razor and cut into my right wrist.

The blood spurted out evenly, forming pools beside my legs. [...] Then I lost consciousness [...]

[He wakes up in a hospital.] In a rambling, disconnected fashion, I began to speculate on my prospects. There was little hope for me. Even if a chance of escape should present itself, I doubted whether I could muster sufficient strength to take advantage of the opportunity. Soon, it occurred to me, I would probably be facing the Gestapo torturers again. I resolved to make another attempt at suicide. [...] That evening the young doctor with the fresh, ingenuous face of a country lad, came to give me what I presumed was merely a routine examination. [...] Now listen carefully. Everything has been arranged. At midnight, I will pass this room and light a cigarette. That is your cue. Hop into your clothes and go to the first floor. On one of the window sills you will find a rose. Jump from that sill. Men will be stationed below.’ [...] Precisely as the church clock tolled the hour of midnight, the figure of the doctor appeared in the doorway. I slid out of bed, took off my hospital pajamas and stuffed them under the cover. I headed in the direction of the open window. [...] I took a deep breath and jumped. I felt strong arms grip me tightly. Several pairs of hands had caught me before I hit the ground. Someone handed me some trousers, someone else a shirt and jacket, while barking out orders: ‘Quickly! Get dressed. We haven’t a moment to lose . . . Can you run?’ […] I was a free man again.